Transfer to hotel and time at leisure.

After breakfast we will take a walking tour in Jaffa, an ancient port city and the oldest part of Tel Aviv. Afterward, we drive to Ayalon Institute a secret underground bullet factory. Disguised as a kibbutz that ran a laundry service, the factory was established in 1945 and as part of the Jewish people’s efforts to fight for an independent state. Returning to Tel Aviv first for a quick spin through Shuk Ha' Carmel to discover the market and grab a quick bite for lunch followed by a walk through the area known as the White City to see the preservation of buildings of Bauhaus architecture of the 1920s and 1930s and a UNESCO world heritage site. We will see Independence Hall, where Ben-Gurion declared independence in 1948 and visit the Old House of Ben Gurion, the 1st Prime Minister of Israel.

Day 3 Caesarea and Drive to Galilee and Golan Heights

After breakfast we drive along the Mediterranean coast to visit Caesarea, originally an ancient Phoenician settlement it was rebuilt and enlarged in 22–10 BC by Herod the Great, King of Judaea under the Romans, and renamed for his patron, the Emperor Caesar August. We continue our journey north with a stop in Nazareth, the site of the Annunciation where Mother Mary received the good news from the Angel Gabriel. We then head to Syndyanna of Galilee, a non-profit organization led by Arab and Jewish women working together to create better understanding. Lunch will be traditional Arab followed by interesting conversation with the women and a workshop where we learn to prepare Za'atar, a spice mix used in Arab cuisine, before we head to our hotel overlooking Golan Heights and Sea of Galilee.

Breakfast at the hotel followed by a CE Lecture (3 Hours) For those not in the lecture there will be an optional visit to Safed, the center of Jewish mysticism, where you will visit the ancient Synagogues and artist's colony. Stop at one of the local bakeries to try the "chala" being prepared for Shabat. After the lecture, we hop aboard Jeeps for a drive through the Golan Heights with a stop at Mount Bental for panoramic views of the Golan and Syria, a walk inside a former Israeli bunker and fascinating, updated geopolitical explanation about the Middle East. After a busy day it will time to relax with a private tour and tasting at the Odem Winery. Afternoon at leisure and dinner at the hotel.

Day 5 Sea of Galilee and onto Jerusalem

Breakfast at the hotel and a little time to relax before we check out and make or way to the Sea of Galilee, the lowest fresh water lake in the world which has changed comparatively little since Jesus walked on its shores and recruited four fishermen as his first disciples. Tour of Christian sites, including Capernaum to see the ruins of the synagogue and octagonal church of St. Peter. Lunch will be in Ein Gev Kibbutz, on the Sea of Galilee shore. After lunch we continue with visit a to Mount of Beatitudes where Jesus delivered the Sermon on the Mount. Drive to Jerusalem and hotel check in. Rooftop dinner at the hotel with a panoramic view of the old city of Jerusalem.

Breakfast at the hotel Today is all about Jerusalem past and present. Jerusalem's Old City is a spiritual lightning rod, sacred to Jews, Muslims and Christians. Church bells, Islamic calls to prayer and the shofar electrify the air with a beguiling, if not harmonious, melody, and fragrances of incense, coffee and candle smoke drift through the thrumming souqs. Muslim, Christian, Jewish and Armenian quarters each add their own spice. Our visit includes a tour of the Kotel Tunnel built by King Herod in 19 BC. Afternoon at leisure Tonight history comes to life during The Night Spectacular (optional), celebrating Jerusalem’s 4,000-year-old history.

Breakfast at hotel We leave Jerusalem for the West Bank and Bethlehem for a visit to Church of Nativity and Shepperd Fields, birthplace of Jesus. Next we join a unique Banksy Graffiti Tour which begins at the controversial separation fence between Israel and the Palestinians. Afternoon CE Lecture (3 Hours) Dinner tonight is at the great Chef Restaurant Machne Yehude, located inside the “The Shuk”. This bustling marketplace is the heart of Jerusalem for locals and visitors alike. After dinner enjoy the atmosphere before heading back to the hotel.

Breakfast at the hotel and check out No visit to Israel would be complete without a stop at Yad Vashem - The World Holocaust Remembrance Center. Next we take a stroll with a local guide through Mea She'arim, the oldest Orthodox Saphardic neighborhood in Jerusalem. This afternoon we head to Kfar Hanokdim for desert hospitality with a taste of Bedouin life—you can even ride a camel!

Breakfast at the camp and check out This morning we climb to the plateau known as Masada, a symbol of the ancient kingdom of Israel built by Herod the Great, King of Judaea, a rugged natural fortress of majestic beauty in the Judaean Desert overlooking the Dead Sea. Finally, a farewell picnic lunch before we say goodbye to Israel and cross the border to Jordan.

Welcome to Jordan After we cross the boarder, we make our way to the Dead Sea and check into our hotel. Enjoy a cocktail as the sun is setting and we get our first glimpse of the Dead Sea. Dinner this evening will be BBQ on the private terrace.

Breakfast at the hotel followed by a CE Lecture (3 Hours) The remainder of the day and evening at leisure so plenty of time to take a dip, or two, in the Dead Sea. Surrounded by mountains, the Dead Sea is the lowest elevation and the lowest body of water on the surface of Earth. The waters of the Dead Sea are extremely saline and the silt and mud are rich with a unique combination of minerals like magnesium, silica, calcium, iron, and potassium and known for its healing qualities. So slather on the mud and enjoy a float.

Breakfast at the hotel and check out Today we head from the sea to the desert. Our first stop is the ancient stone Village of Dana which commands exceptional views of the valley below. That valley and the surrounding area make up the Dana Biosphere Reserve, a UNESCO World Heritage Site. Enjoy the spectacular views, charming village atmosphere and a delicious home made lunch before making our way down to the entrance of Wadi Rum. Time to board jeeps again for a spectacular tour of the desert before arriving at our “glamp site”. Wadi Rum is an extraordinary red-rock wilderness and surreal landscape (The Martian and Lawrence of Arabia were filmed there). Take a moment to enjoy the shear beauty and peacefulness of this remarkable place. Sunset cocktails, a Bedouin feast and a night sleeping under the stars in your very own bubble dom tent—an experience you will never forget. (Photo taken on my cell phone)

Breakfast at the camp Petra, the great Ancient City that lies half-hidden in the wind-blown landscape in southern Jordan, is one of the world's most treasured Unesco Heritage Sites and in 2007 was voted s one of the “New Seven Wonders of the World”. It is not known precisely when Petra was built, but the city began to prosper as the capital of the Nabataean Arab Empire from the 1st century BC, which grew rich through trade in frankincense, myrrh, and spices. An earthquake destroyed the city in the 4th century and it wasn’t until 1812 when it was rediscovered by a Swiss explorer. Time to unleash your inner Indiana Jones! The façade of an ancient Nabataean temple will be brought to life during a spectacular private Dinner at Little Petra.

Breakfast at hotel and check out We make our way to the Jordanian capital, Enroute we will stop at Mount Nebo where after 40 years of leading the headstrong Israelites in the desert he stood on the windswept summit and viewed the Promised Land of Canaan — after having been told by God “you shall not cross over there”. On a clear day, one can see the panorama Moses viewed: The Dead Sea, the Jordan River valley, Jericho, Bethlehem and the distant hills of Jerusalem. Next a stop in Madaba an ancient town in Jordan to see the 6th-century mosaic map and oldest depiction of the Holy Land in the Greek Orthodox Church of St. George. Enjoy a traditional Arab lunch in the old town before making our way to Amman and checking into our hotel.

Day 14 Jerash and Fly Home (or Post Tour to Oman)

Breakfast at the hotel and check out Transfer to the airport for your flight home For those with evening flights we will have an excursion to Jerash which in ancient times was one of the wealthiest and most cosmopolitan cities in the ancient Near East. Settled as early as the Neolithic period (7500-5500 BC) and founded as a Hellenistic city in the 2nd century BC, Jerash is today noted for its fine Roman and Byzantine ruins, which rank among the largest and best preserved in the world. 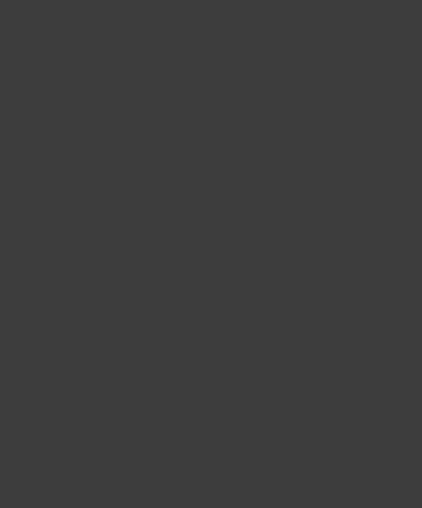